I decide to take two excursions into the Mediterranean today. The first – a boat cruise of the Calanques. The Calanques is a large national park to the southeast of Marseille, home to many water-side cliffs and some natural bays in which little ports, apparently mostly hotels with beachs, have grown up.

The views leaving the port of Marseille are wonderful. I see where my hotel sits right on the shore. The Basilica of Notre Dame de la Guarde sits on a towering hill in the center of town, making it clear to me why I was so exhausted walking up there earlier in the morning. I also get some nice views of Chateau d’If and the Friouls, which I intend to visit later in the day. 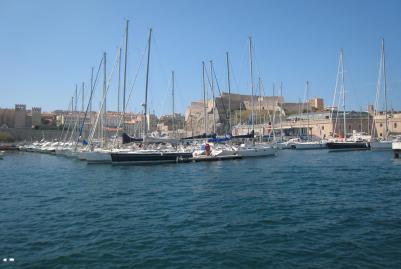 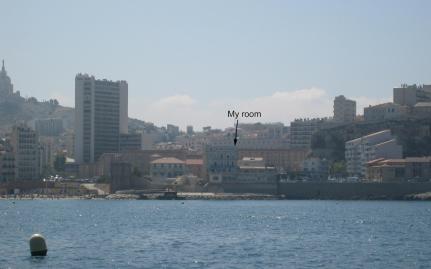 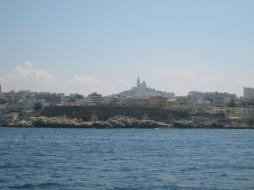 Not a lot to say about the Calanques, other than it is a relaxing boat ride seeming them and it is nice to be out on the water, with beautiful views of both the park and the Mediterranean. 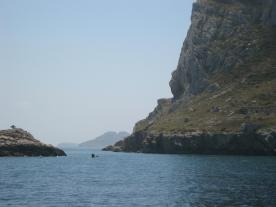 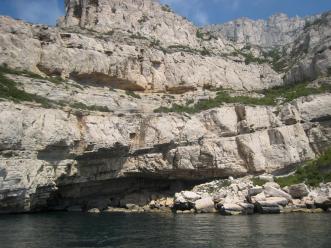 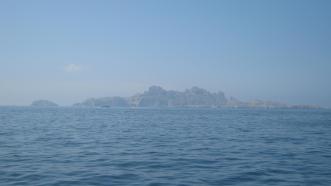 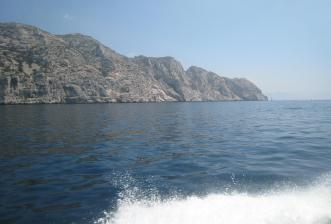 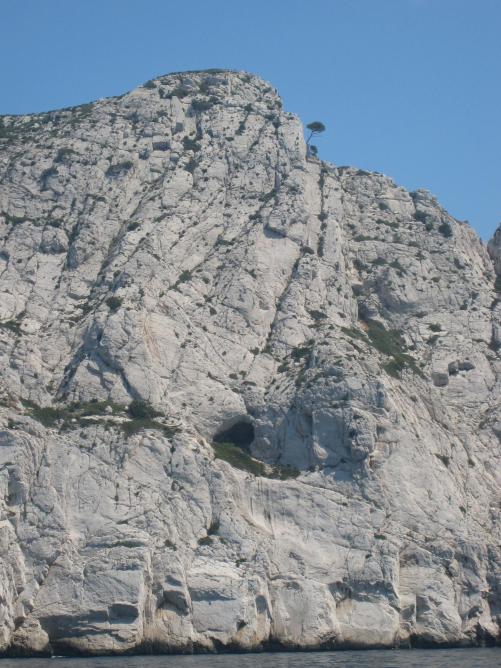 There are also a lot of other boats around, mostly sail boats, including a nice looking wood-trimmed two-masted schooner I overhear someone else call “a pirate ship”. 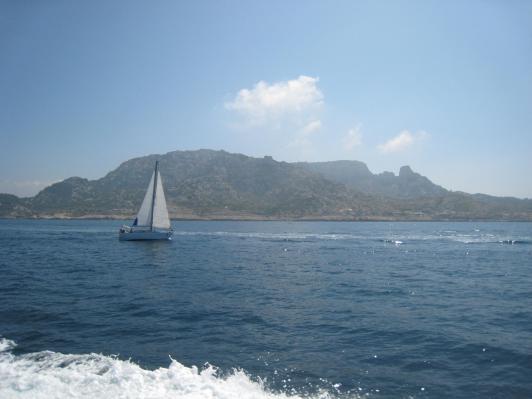 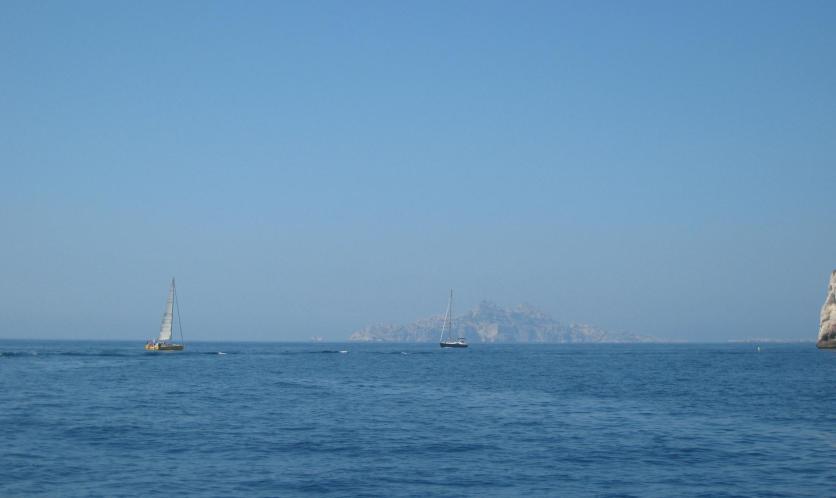 After returning from the cruise, I grab a round trip ticket for the ferry that goes to the island of Chateau d’If, and the Friouls. Chateau d’If is a little island prison made famous in Alexander Dumas’s The Count of Monte Cristo and the Friouls are a chain of islands nearby. On the ferry, similar to the rest of my time in Marseille, I notice that almost everyone is speaking French. Unlike the rest of my European touring, I do not see a single Asian tour group here in Marseille. It’s definitely a tourist spot, but it seems to just be a tourist spot for French people, with few international tourists.

Arriving on the isle d’If, I take a short wander through Chateau d’If, which, other than a fairly in depth exhibit on Alexander Dumas and his writing, is not particularly interesting. Clearly most famous for its fictional prisoners, the cells are named after the characters in the novel, and there is even a little tunnel they dug between the cell of Edmond Dantes and that of Friar Abbe. I do learn that this prison was used as described in the novel – it was where the worst prisoners, or most politically dangerous prisoners, were sent so they would have no possible contact with the outside world. 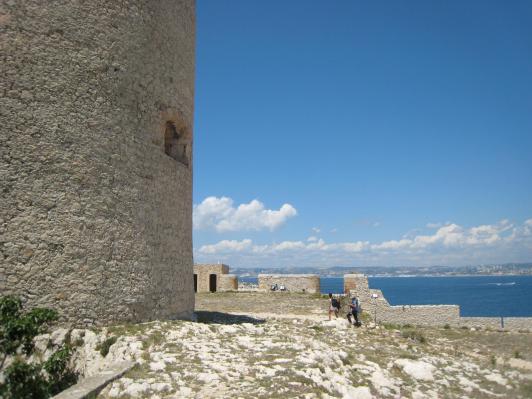 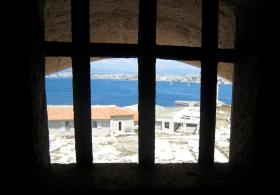 The views from here, like everywhere in Marseille, are gorgeous. 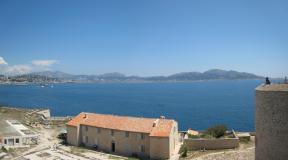 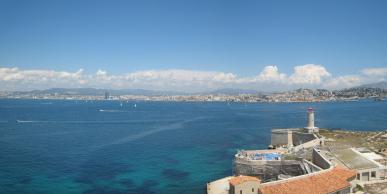 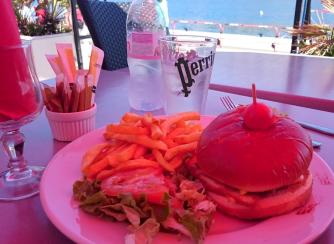 From here, I am shocked by how deep of a blue the Mediterranean is, it’s not quite like any sea I’ve ever seen. I hike a bit on the Friouls, taking in the wonderful views of both the park and of the water. 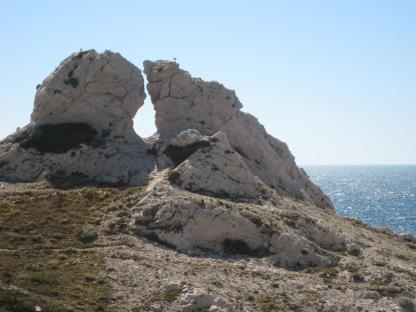 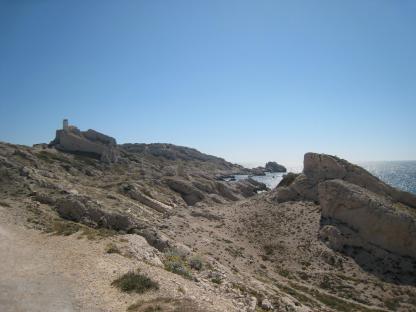 Upon returning home after my day out, I am informed that there is a French transport workers strike and that “many stops” on my train to Barcelona are canceled. Apparently by “many stops”, they mean “all but the last 15 minutes of a 5 hour train route” – just the stops in Spain remain. I guess I’m flying to Barcelona instead! Luckily, it costs about the same as the train ticket (which I should get a refund for), and probably will take even less time, though maybe not, after traveling to/from airports (which are not as centrally located as train stations), security, and all of that. Anyway, on to Barcelona!