I flew to China on Turkish Airlines, with a layover in Istanbul, and I was delighted to be fed a little Turkish food on the way, reminding me of some of the great food I had a few weeks back. On the ground in Beijing, as I was leaving the international terminal, I saw a sign saying – “When in Rome, do as the Romans do! Respect other cultures, do not litter and preserve the environment.” Initially I laughed at the irony of this, given the reputation of the Chinese internationally, until I realized the sign was actually in the departures section, and apparently they realize exactly what their reputation is and would like to change it. 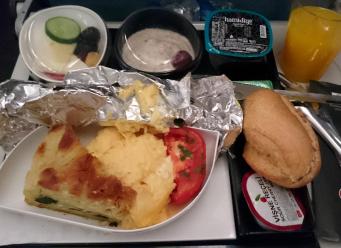 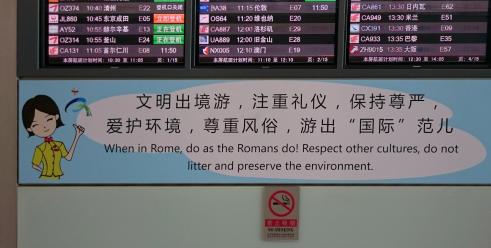